introducing new foods to your baby

Kids are hardwired to enjoy food that taste sweet and salty, so it’s easy for them to end up liking only simple, starchy foods, especially if you avoid introducing solids or complex foods from the beginning.

Babies avoid anything bitter or sour as these flavors can be associated with foods that are spoiled or poisonous.

We shouldn’t expect our babies, kids, or toddlers to always like a new food on the first try. In fact, we don’t want them to like it! Neuroscience tells us that we learn in phases, through repetition. A fact we learn one day, hear again the next day, and hear again the following year gets pushed deeper and deeper down into our memory. The more times we hear it, the better we will remember it. And it works similarly when acquiring a taste for new food. The more often you feed a new food to your child, the more likely they will accept the new taste and start to like it. So don’t give up!

We also now know that taste preferences can form before babies are born and through breastfeeding. Little kids may be skeptical of any foods they haven’t already tried, and after ages two or three it becomes more difficult to convince kids to like and try new foods.

Babies in the stage between learning to sit and learning to walk typically need to be exposed to a new food six to ten times (sometimes as many as 16 times!)¹ to hardwire a tolerance for the flavor. It’s daunting to think of offering a new food and being rejected ten times, and many parents find it easier just to give up. When feeding babies:

But stick with it! Because 85% of kids end up loving a food after it’s been given to them every day for a week. Even peas! ³

SO WHAT SHOULD YOU DO WHEN YOUR BABY REJECTS NEW FOOD?

Just remember that there is a difference between a baby rejecting the food and disliking the food. It’s easy to be confused. Your baby might reject a food because of its appearance, smell, texture in her mouth, or taste. Other reasons could also include a feeling of sickness, as well as teething or mechanical issues related to chewing and swallowing.

It’s also important to remember not to wait too long with introducing food texture, as it will be beneficial for later eating habits. Therefore, it is important to give babies of ages between six to nine months a variety of foods including smooth purees, chunkier purees, and gently mashed foods. Providing a variety of foods and textures may help to prevent picky eating in later years since those will be familiar to and accepted by your child.

What if you’re feeling a little late to the food experimenting game? Don’t worry! Today is still the best day to start introducing your baby to new foods and healthier choices. If you make healthier choices for yourself and experiment with new foods, your kids will, too.

The advice provided in this article is for informational purposes only and is not a substitute for medical diagnosis, advice or treatment for specific medical conditions. Always consult a pediatrician to understand the individual needs of your child. 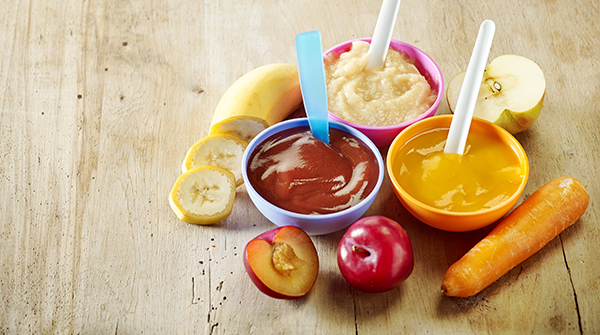 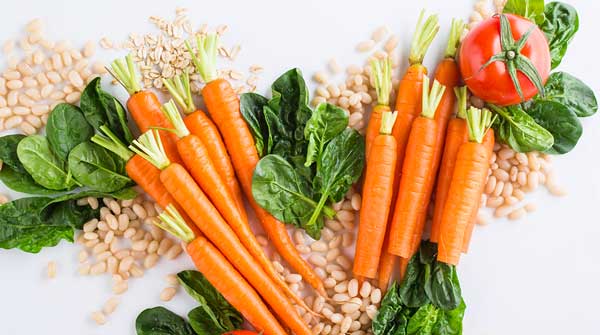 Five facts to inspire a joy of healthy eating